This jewelry blogger is also a mom. On January 2013, two of the most important things in my professional and personal life happened.

And the biggest order ever had to be delivered by January 25th. for Little Switzerland.

Then February came Valentine’s Day, and with it lots of sales from who wanted to give their love one a red jewelry piece. 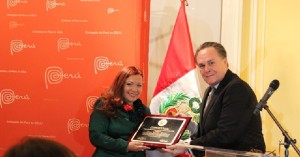 March caught me by surprise as I received a letter from the Cultural Attache of the Embassy of Peru Mrs. Flor Diaz. Inviting Evelyn Brooks to be awarded with the Successful Women Award 2013.

April & May were months to promote and continue selling Evelyn Brooks Designs as we got ready for Mother’s & Fathers Day.

June & July was off to Peru visiting friends & family, those eager to meet our little princess.

August NO MORE BREASTFEEDING & back to trade 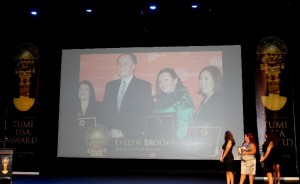 October, November & December are always our busiest months and this year wasn’t any different.  We also agreed to be part of Peru Fashion Night in Washington DC. Bringing the Gold of the Andes “Peruvian Alpaca” directly from Cuzco Peru to be showcase during this incredible Fashion Show.

Evelyn Brooks Designs presented her latest ecofriendly jewelry collections with lots of flowers, silver, lots of intricate & exotic work, beautiful huayruros were part of the dresses and headbands. The audience’s standing applause, the jewelry work, and effort put during the runway segment of Evelyn Brooks Designs.

We ended December with another recognition humbly received from Done Vida & Eventos Vip Pass. For our contribution to help raise awareness about Done Vida.

And an email from British Vogue inviting us to be part of one of their February upcoming issues. Where they tell their millions of readers worldwide who are the upcoming high end designer, yet discovered.

Couldn’t ask for more, right? From this end I continue working hard on my American Dream. I believe that Evelyn Brooks Designs mission & vision is on its way to have worldwide recognition. My Peruvian heritage jewelry inspired pieces will be able to be purchase WORLDWIDE. Help us spread the word and think about Evelyn Brooks Designs next time you shop a jewelry pieces. Shop at http://www.ebrooksdesigns.com

GIVE HUAYRUROS & GIVE GOOD LUCK!

Now in my personal life I give thanks I had a father who gave me the most important lesson in life. You want something? WORK FOR IT! And my mother TO BE STRONG…ANYTHING U WANT U CAN DO IT! Perhaps I didn’t understand it when I was little. With very little education my father became a business man and had a successful jewelry business for over 50 years (still in business), still with goals to fulfill…amazing huh? He worked hard for our education, for giving us a bright & better future than what he had when he grew up. Now it all makes sense. My hubby and I are raising  two adorable kids and our dream is to give them the same opportunities we had when we were little, and as we grew up. I have traveled the world since I was a little kid, I appreciate the beauty of other countries. And I became more understandable of the difficulties of the real world. We live in a world were we don’t know what will happen tomorrow.

bilingual mom living in Washington D.C./ Northern Virginia area. I’m a jewelry designer, travel lover, passionate mompreneur, bilingual speaker & blogger (of course!). This blog is a combination of style & beauty, cultural issues living my “Two Worlds One Chica” life and business advice to help other mom-preneurs out there achieve the success they want! While balancing my live raising a beautiful family who respect and love the beauty of our home country Peru and our new country United States. I have two kids, a extremely energetic, fun and friendly six years old and a very demanding, strong will two years old. I truly hope they love the beauty of living our “TWO WORLDS”.
Join 3,645 other followers